Our classes are designed to improve your photography and visual journalism skills no matter your skill level. This year, most courses combine classroom lessons and discussions with assignments or a project to get you out in the streets of Kathmandu. Our teachers are some of the world’s most influential photographers and visual journalists. They offer perspectives gained from long experience working internationally. Taslima Akhter, James Whitlow Delano and Maika Elan both live and work in Asia. Maggie Steber is flying in from the USA, while Daniel Schwartz and Ziyah Gafic join Foundry from Europe.

Please note that our instructors and presenters are subject to change.

Taslima Akhter, born in 1974, is a Magnum fellow and an activist who has been working on documenting the lives of garment workers in Bangladesh for eleven years. One of her photos, ‘Final Embrace’, become the iconic photo of the Rana Plaza collapse where more than 1000 workers died in 2013. Taslima edited a 480-page Bangla book on the Rana Plaza collapse: Chobbishe April: Hazar Praner Chitkar’ (24th April: Out Cries of Thousand Souls). She also served in an editorial role for the website www.athousandcries.org. As a part of working with community she coordinated Memorial Quilt project. She has written many articles on women and workers’ issues and translated Alexandra Kollontai’s writings.

The challenge for every photographer is to find your own path and develop your own unique way of visual storytelling; in short, to produce one-of-a-kind work that illuminates your subject, through a powerful and authentic personal vision. In this workshop, James Whitlow Delano will offer personalized instruction on how to create a project and bring it to fruition.  Participants will propose a story idea, or conceptual idea of related images, go out and shoot daily, receive daily critiques and editing advice one-on-one as well as through class discussions. Think about your story idea before you arrive and do some research, so you’ll have some sense of the issue before arriving.

In this workshop James will focus on building concrete strategies towards developing your ideas, deepening themes, and establishing an ongoing visual dialogue with your subject. Also, to work on a global level, photographers need to develop new survival and technical skills and understand current trends in international journalism. He will discuss global trends in the industry, share personal projects and back-stories behind the making of a photo essay, and the challenge of full immersion in diverse places and cultures. The emphasis will be on strategies for creating photo essays that stand apart from the masses of images bombarding viewers every day. Your documentary style can be instantly recognizable. 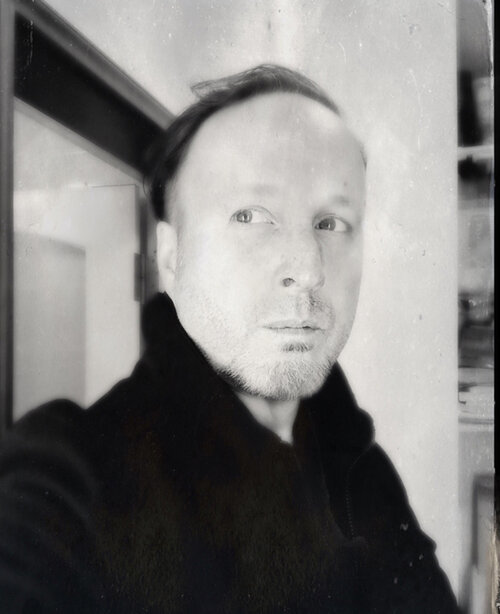 James Whitlow Delano is a Japan-based documentary storyteller. His work has been published and exhibited throughout the world and led to four award-winning monograph photo books, including, Empire: Impressions from China, and Black Tsunami: Japan 2011. Projects have been cited with the Alfred Eisenstadt Award (from Columbia University and Life Magazine), Leica’s Oskar Barnack, Picture of the Year International, NPPA Best of Photojournalism, PDN and others for work from China, Japan, Afghanistan and Burma (Myanmar), etc. In 2015, he founded EverydayClimateChange (ECC) Instagram feed, where photographers from 6 continents document global climate change on 7 continents. ECC documents how climate change is not happening “over there” but it is also happening right here and right now. ECC is not a western view on climate change because photographers come from the north, the south; the east and the west; and are as diverse as the cultures in which we were all raised. Delano is a grantee of the Pulitzer Center on Crisis Reporting.

This workshop emphasizes authorship and the way in which photography expresses individual experiences, ideas and notions. “On one’s own” can mean “alone” or “unaided”, “forlorn” but also “independent.’“ It can define an achievement as based on one’s own authority, behalf, cost, initiative, responsibility or terms, or a project pursued on one’s own ground, i.e. in a familiar place, situation or terrain.

Such emotions and conditions are the daily life of a photographer as she or he struggles in the face of obstacles or the structural constraints of a volatile media industry.

In moments of seeming abandonment, mental exhaustion or apparent hardship, the idea of a book can promise an anchor. As an objective, it forces you to look at your work from a critical distance and to submit it to others’ eyes. Whilst doing this, the secret, however, is to gain an outside perspective onto one’s own work. This workshop will try to unlock this secret while it makes you aware of the importance to marry authorship and advice from others with experience in making books.

Participants are expected to bring existing bodies of work or work in progress, photocopies or prints of the images considered for a book, flat-plan sketches and drafts of book dummies or maquettes (a requirement), and graphic materials like cardboard, glue, ruler, etc. During the workshop you will spend time moving pictures around on cardboard spreads on the desk and floor rather than by scrolling through InDesign files, and by studying and discussing selected books and exhibition catalogues.

In this video, hear from Tafadzwa Ufumeli about his book and workshop experience, and see Fatma Fahmy's handmade book, "Once There Was a Tram", about Alexandria's 19th century tram network.
Video from Daniel’s class in Kigali, Rwanda during Foundry 2019. 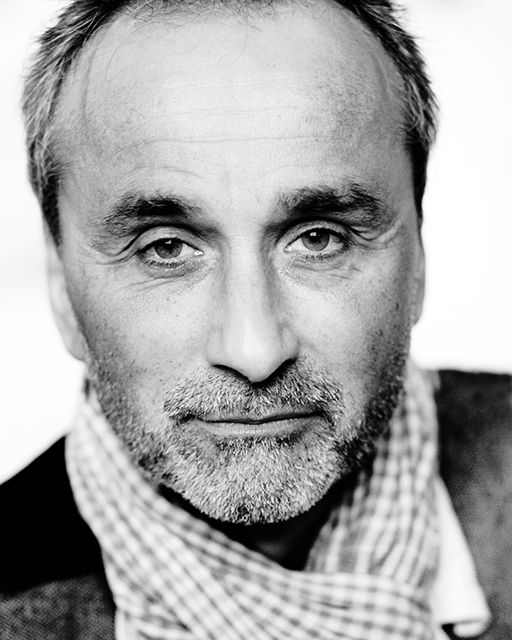 Daniel Schwartz graduated from Zurich School of Arts and Craft (now Zurich University of the Arts) in 1980. One of the internationally most renowned photographers of his generation, he concentrates on book projects, with exhibitions, based on extensive travels, photographic essays, and reportages. Schwartz’ photographic work defies categorization. He moves between the realms of culturally and historically important topographies and current conflict zones, between reportage, the photographic essay and conceptual art. He travelled along the entire Great Wall of China (1987-1988), documented the condition humain in the Delta regions of Asia (1991-1995) and the war in Afghanistan and beyond (1998-2018). His long-term projects were published as monographs by Thames & Hudson, among them Travelling through the Eye of History (2009) and While the Fires Burn. A Glacier Odyssey (2017). In 2017 he joined VII Photo Agency. 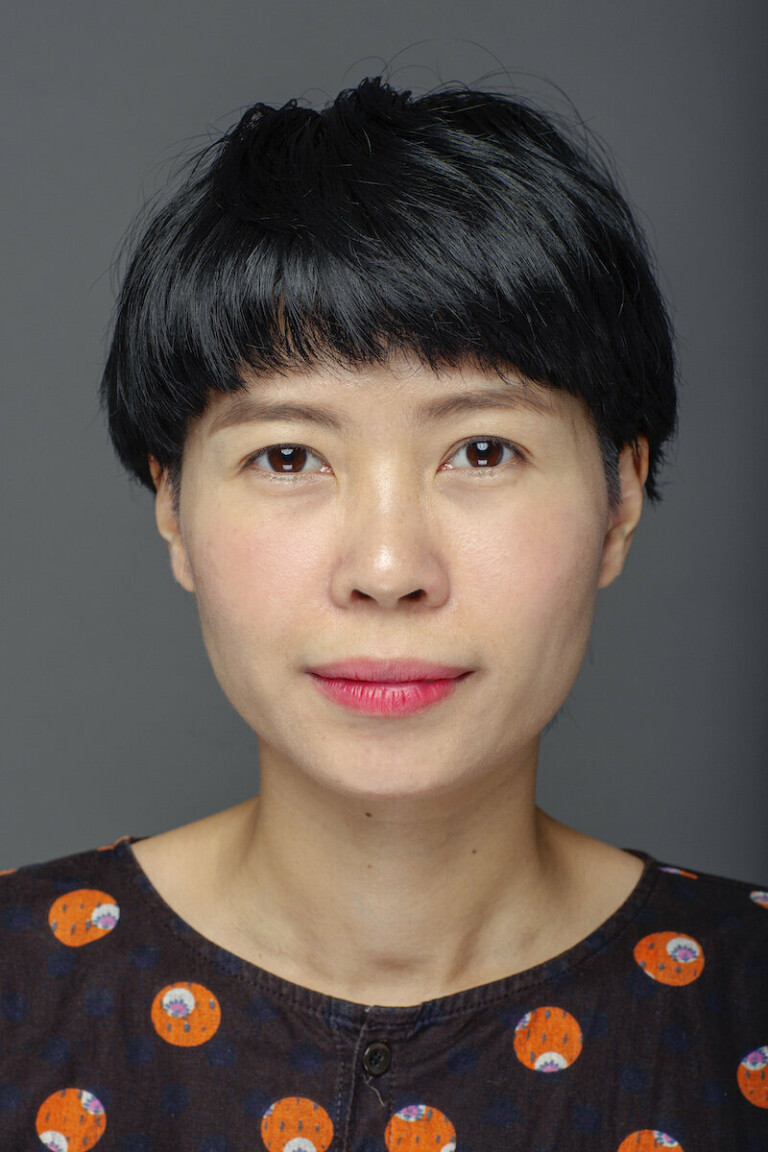 After studying sociology at the University of Social Sciences and Humanities in Hanoi, in 2006 Maika Elan started to use the camera, especially Lomo film cameras, to take pictures of her daily life. In 2008, she became a professional photographer with editorial and fashion clients in Vietnam. Two years later, her documentary project The Pink Choice, which focused on the personal life of gay couples in Vietnam, was published internationally in many magazine in print and online. She won a World Press Photo award, among many other accolades, for it in 2013. An alumnus of the Joop Swart Masterclass, the VII Mentor program, and Foundry (Chiang Mai 2012), Maika continues to publish and receive recognition for her work. 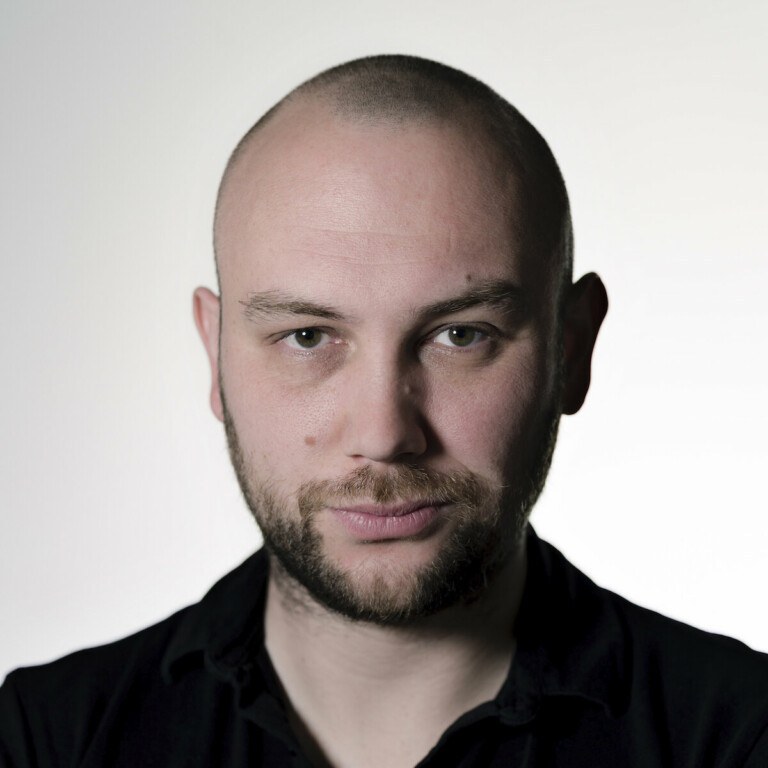 Ziyah Gafic is an award-winning photojournalist and videographer based in Sarajevo focusing on societies locked in a perpetual cycle of violence and Muslim communities around the world. He covered major stories in over 50 countries including conflicts in Chechnya, Palestine, Iraq, Lebanon and Afghanistan. Ziyah’s work received many prestigious awards such as multiple awards at World Press Photo, Grand Prix Discovery of the Year at Les Rencontres d’Arles, Hasselblad Masters Award, City of Perpignan Award for Young Reporters at Visa pour l’Image, Photo District News, Getty Images grant for editorial photography, TED fellowship, Prince Claus grant, and Magnum Emergency fund grant. His work is regularly published in leading international publications. Ziyah authored several monographs including Troubled Islam – Short Stories from Troubled Societies, Quest for Identity, and the most recent, Heartland. Ziyah is TED speaker and Logan fellow. 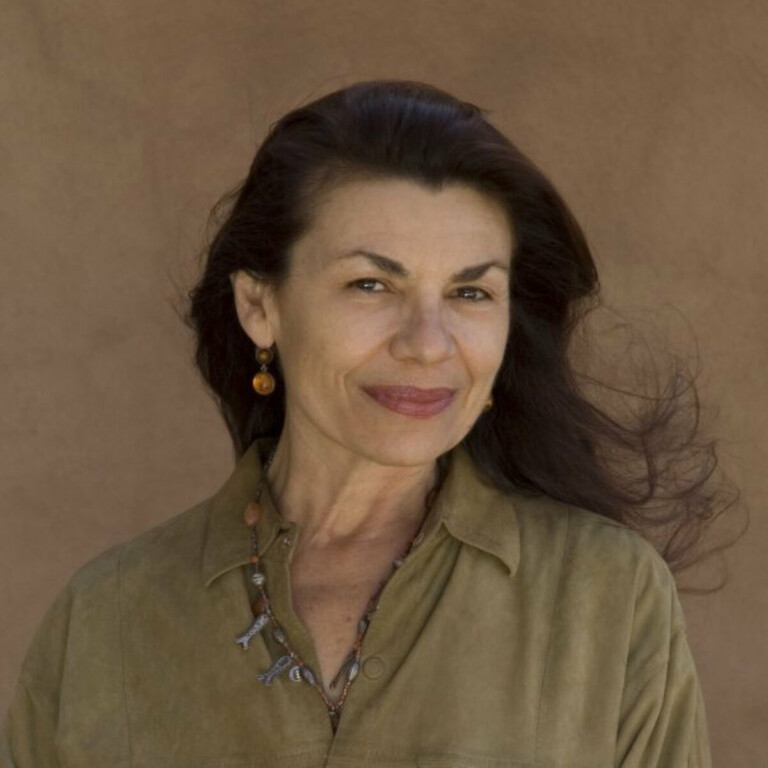 Maggie Steber, a documentary photographer specializing in humanistic stories, has worked in 67 countries. Her honors include a grant from the Guggenheim Foundation in 2017, the Leica Medal of Excellence, World Press Photo Foundation, the Overseas Press Club, Pictures of the Year, the Medal of Honor for Distinguished Service to Journalism from the University of Missouri, the Alicia Patterson Grant, the Ernst Haas Grant, and a Knight Foundation grant for the New American Newspaper project. Steber has worked in Haiti for three decades. Aperture published her monograph, “Dancing on Fire.”

In 2013, Steber was named as one of eleven “Women of Vision” by National Geographic Magazine with an exhibition that traveled to five cities. Steber served as a Newsweek contract photographer and as Assistant Managing Editor of Photography and Features at The Miami Herald, overseeing projects that won a Pulitzer.  Her work is included in the Library of Congress, the Guggenheim Foundation Collection, and The Richter Library. She exhibits internationally. Clients include National Geographic Magazine, The New York Times Magazine, Smithsonian Magazine, AARP, The Guardian, and Geo Magazine. Steber teaches workshops internationally including at the World Press Joop Swart Master Classes, the International Center for Photography, Foundry Workshops, and the Obscura Photo Festival.

Our special guests give presentations and lectures on various topics to educate all Foundry participants. 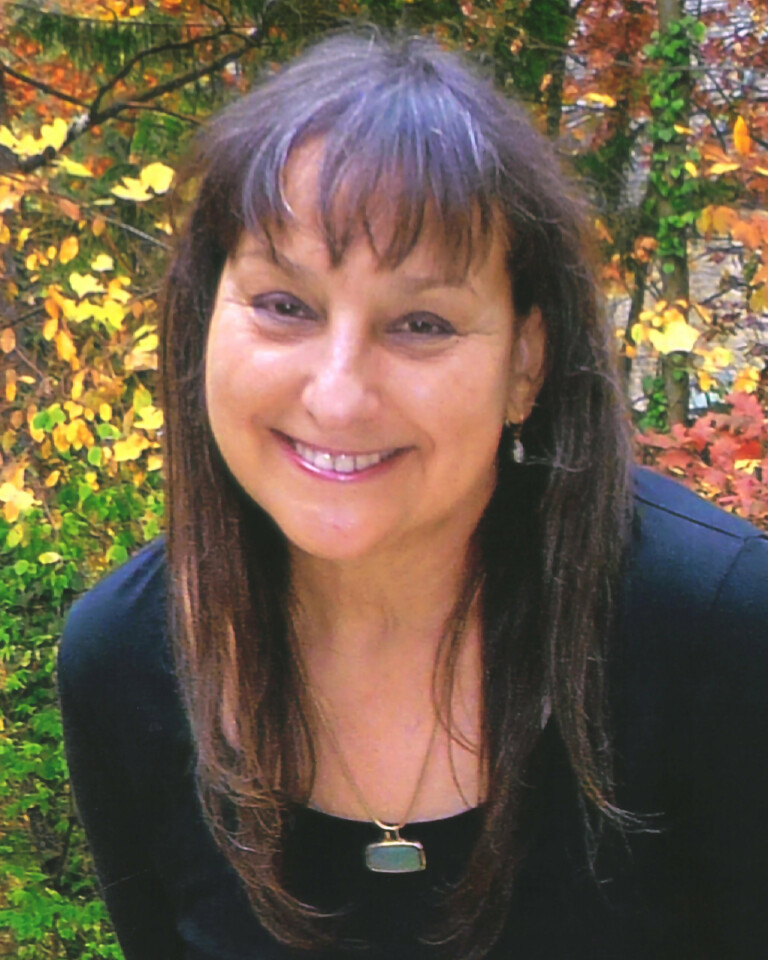 Suzie Katz is a photographer, speaker, educator, producer, and is giving back to the world that has given her so much by creating and running an educational non-profit organization called PhotoWings. Their mission is to highlight and help facilitate the power of photography to influence the world. They help photography to be better understood, created, utilized, seen, and saved. Through PhotoWings, Suzie concentrates on bringing the photos, knowledge and skills gained through photography to the world across generations, cultures, and disciplines. To document and more richly utilize their legacy, PhotoWings has created, along with many innovative partners, 100’s of hours of interviews, presentations, and other educational content incorporating these ideas for replication, adaptation, or inspiration. 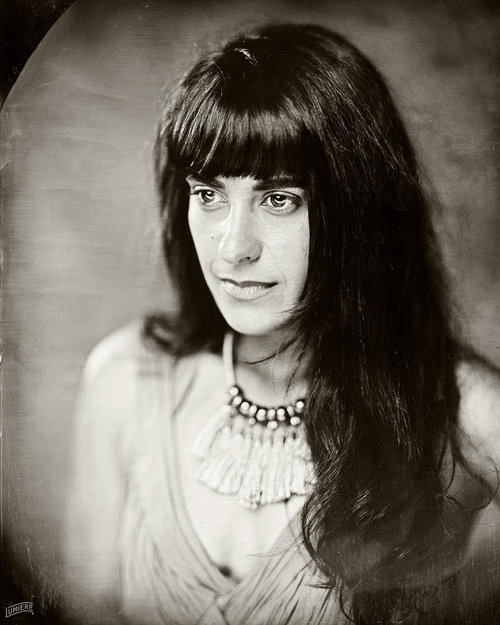 Claire Rosen is an award-winning artist named twice to Forbes “30 under 30” list for Art & Design. Her work has also received recognition from Communication Arts, IPA, Graphis, PDN, Photoville Fence, and PX3 with features in Der Greif, Fast &Co, featureShoot, The Guardian, NPR, National Geographic, Refinery29, Smithsonian Magazine, Slate Magazine, and The Washington Post. Claire has constructed unique campaigns and installations for a wide range of commercial brands bridging the gap between fine art and commercial work. In addition, Claire speaks about the creative process around the world with a book on the subject, IMAGINARIUM: The Process Behind the Pictures. Claire is a brand ambassador for FujiFilm US and Hahnemühle USA.

For more information about instructors from previous Foundry events, please visit PhotoWings. They have photos, interviews, evening presentations, and Lessons In The Field content from each year.

The Foundry Workshop is a project of the VII Academy working in partnership with PhotoWings. You can read more about the workshop and these organizations here.
Instagram Twitter Facebook-f
Menu
© foundryphotoworkshop.org 2021